Knocking at Shani temple’s door? There are many more that are shut

Home - Hang Special - Knocking at Shani temple’s door? There are many more that are shut

There is a long history to the agitation led by Trupti Desai, who heads the Bhumata Ranragini Brigade (BRB) that is demanding an end to the ban on entry of female devotees into Shani Shingnapur temple in Maharashtra. The first major movement goes back to the 1930s when Dr Babasaheb Ambedkar launched a movement seeking temple entry for dalit men and women to the Kalaram temple in Nashik. But even now women don’t have unfettered entry to Nashik’s Trimbakeshwar temple.
“Lots of social reform movements have taken root in Maharashtra since the 1930s and dalits are now allowed to enter any temple. But this is not the case with women,” says advocate Varsha Deshpande of Dalit Mahila Vikas Mandal. In December last year, Deshpande led a group of women to the Shanaishwar temple at Solashi in Koregaon taluka of Satara district. The Shanaishwar Devasthan Trust priests immediately “purified” the temple using ‘gomutra’ (cow urine), which angered women activists. They have filed a complaint against the trust for violating the constitutional rights of citizens.
Desphande and other women are agitating to gain entry into other temples including Ghatai Devi and Sola Shivling in Satara. “These temple trusts have been registered under Trust Act or Society Act which operate as per the Constitution. Religious traditions and fanaticism cannot supersede the Constitution,” she says.
On the outskirts of Satara is the Abapuri temple of Kartikeya where women are not allowed within a kilometre of the shrine. “There are hundreds of temples, especially those dedicated to Hanuman and Kartikeya, where women are banned. The Maharashtra Andhashraddha Nirmoolan Samiti (MANS) led by Dr Narendra Dabholkar had filed a PIL in 2000 in Bombay High Court seeking permission for women to enter temples where they were forbidden. The Court, despite a prolonged hearing, has not delivered a judgement,” says MANS head Avinash Patil.
Dabholkar championed the cause along with another rationalist, Govind Pansare — both were killed within two years of each other. Says Pansare’s daughter-in-law Megha: “We have fought long against the trust of the Mahalaxmi temple in Kolhapur where women were not allowed into the sanctum sanctorum. Finally in 2011, the trust relented. Once women started entering the sanctum, no one objected,” she says, adding that politicians should support these agitations.
But Pansare may be asking for too much. This is state rural development minister Pankaja Munde’s recent comment on the issue: “These are traditions and cannot be considered insulting to women. The outrage over the woman entering the Shani temple is a non-issue.” Interestingly, Pankaja herself had broken a taboo by performing the last rites of her father and BJP stalwart Gopinath Munde. But then the Waibatwadi Maruti temple establishment in her hometown of Beed is determined not to allow women.
Even in an otherwise liberal city like Pune, women are not allowed into the Kartikeya temple on Parvati hill. Just 52 km from Pune, the Mhaskoba temple in Veer village (Purandar) allows women to enter temple premises only during the nine days of Navaratri and another 10 days during the annual yatra.
The Muslim community too is debating a similar issue. The Bharatiya Muslim Mahila Andolan (BMMA) has launched an agitation in Mumbai seeking entry into the Haji Ali dargah for women. The gender ban was imposed by the dargah trustees in 2011.
“There are many more dargahs — like the one in Shivapur (Pune) —where women are not allowed. We feel that (religious) rights — to perform namaz in a mosque and enter a kabristan — should be given to women,” says Shamsuddin Tamboli, head of the Muslim Satyashodhak Mandal founded by the late reformer Hamid Dalwai.
Moulana Anwar Sohail, attached to a leading Pune mosque, maintains that Islam frowns on strangers of both sexes meeting in crowded places. “They maystart talking and men may look at the women with bad intentions, a sin in Islam. Islam has restricted women from visiting dargahs and kabristans to deter men from committing a sin. They can offer prayers outside the dargah, but not at the mazar (the tomb),” he says.
Hindu traditionalists too rationalize the curbs on women. Says Anita Shete, who was recently elected the first woman on the Shani Shingnapur temple trust: “I believe in tradition and will ensure that it remains intact”. Ask her to explain the “tradition” she is defending and she wordlessly looks at the male trustees around her.

60 days to appraisal, and 4 things to do 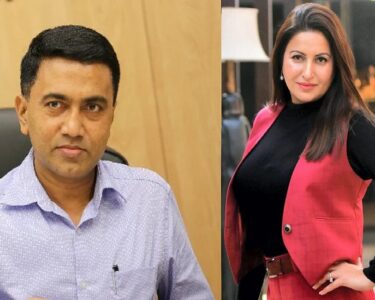 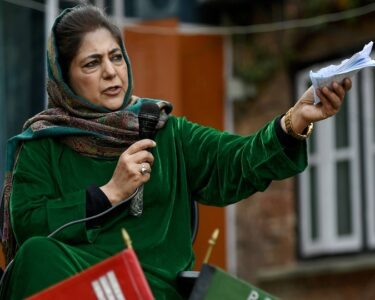 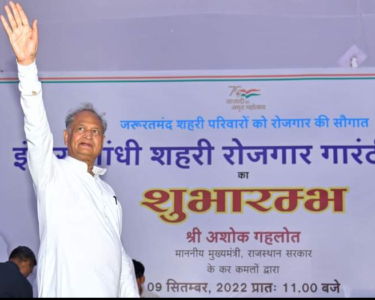